What Do You Need To Do In Case Of Property Forgery?

Forgery in relation to property is one of the methods of committing an illegal sale. Instances of forgery being committed by an individual or a builder or promoter are very common, indicating the widespread nature of this crime across India. Property forgery may be committed due to many reasons some of them being taking a loan, purchasing or selling any property, and having the illegal possession of a property. Such situations may arise if one does not take proper due diligence and may continue to occur if not reported in the first instance. With this thought in mind, the article discusses the procedure to follow in case one’s property documents get forged and how to prevent the same in the first place. Read on!

One of the main objectives of RERA#1 is to protect the interest of consumers in the real estate sector and to establish an adjudicating mechanism for speedy dispute redressal, along with setting a mechanism for allowing appeals. In furtherance of this objective, the Act provides for the mandatory registration of the real estate project with the Real Estate Regulatory Authority by promoter#2 and the process regarding the application to be filed with relevant documents attached for that purpose#3, mandatory registration of real estate agents#4 and the functions required to be performed by them #5 and the promoter.#6

Obligations of the promoter regarding the integrity of the advertisement or prospectus are also provided under the statute which also mandates the promoter to execute a registered conveyance deed in favour of the allottee along with the undivided proportionate title in the common areas. Further, it is mandated that the promoter handovers the necessary documents and plans, including common areas to allottees after obtaining the occupancy certificate and handing over physical possession of the property to them.#7  For violation of all these and other related provisions, the penalty and punishment (wherever applicable) have also been specified under the Act.

Under the IPC,#8 a property forger, depending on a particular case, is liable for his crime under Sections 420 (cheating), 467 (forgery of documents), 468 (forgery for purpose of cheating), 471 (using a forged document as a genuine one).

There may be a case where a builder after taking part of the payment for a property, says there was a typographical error in the rates and the actual rates were much higher. For cases like these, a buyer can take a resort under the Indian Contract Act, of 1872 for making the agreement void.#9 The relevant provisions, depending on the particular case, could be Sections 17 (fraud), 18 (misrepresentation), 19 (voidability of agreements without free consent), 19A (Power to set aside contract induced by undue influence), 20 (Agreement void where both parties are under mistake as to a matter of fact).

How/Where To File A Complaint

A complaint under RERA can be filed against promoters, buyers, or agents under Section 31 of the Act. Below mentioned steps can be followed to complete the process of filing a complaint:

Alternatively, a complaint can be filed on the RERA website of the respective states. All that one is required to do is to enter the required details like your personal details, respondent details, and nature of the complaint with relevant documents. After filling in all the details, the processing fee is required to be paid.

The offences and penalties under RERA are given under Sections 59 to 72. The penalty for a promoter providing false information or contravening Section 4 can be a maximum of up to five per cent of the estimated cost of the real estate project, as determined by the relevant authority.#10 For non-registration and contravention of Sections 9 and 10, the real estate agent is liable for a minimum penalty of ten thousand rupees every day during which such default continues. #11

Section 18 provides that the promoter has an obligation to return the amount along with interest including compensation (on the demand of the allottee) in case he fails to complete or is unable to give possession of an apartment, plot, or building either according to the terms of the agreement for sale or due to discontinuance of his business as a developer for any reason. Further, in case of any loss caused to the allottee due to defective title of the land by the promoter or/and if the promoter fails to discharge any other obligations imposed on him by virtue of RERA, he is liable to pay compensation to the allottee(s).

Sections 63 to 68 put a penalty on promoters, real estate agents, and allottees in case any of them fails to comply with the orders of authority or of the appellate tribunal. For contravention of any other provisions of the act by the promoter, such as Section 17, the penalty may extend up to five per cent of the estimated cost of the real estate project as determined by the Authority. Also, in case a default or crime is committed by the company, all persons at the helm of affairs of the Company (Managing director, directors, and officers) who are directly responsible for the default are considered guilty and dealt with accordingly.

How To Report It To The Police

The complaint must be filed at the immediate police station located in the jurisdiction of the property. One must also send a written letter to the inspector-general of registration and the sub-registrar explaining to them the entire situation and bringing the matter to their notice.

What Precautions To Be Taken

The following precautions can be taken to prevent property forgery:

How To Know If Property Papers Are Forged

The forgers usually falsify the property’s documentation for claiming ownership of the property. In such cases, it may get difficult to differentiate original documents from forged ones. To do so, the following steps can be followed:

Following certain steps before buying a property or engaging in any property-related transaction may help in ensuring that the concerned property is not forged and legally cleared. In case one becomes the victim of property forgery, it is important to file a complaint as soon as one becomes aware of it and follows all the necessary steps. At last, remaining cautious at all times when dealing with property matters is certainly important. 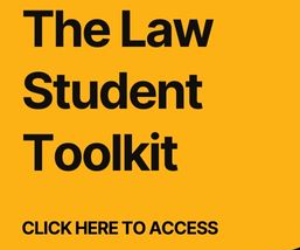